"QR Scan" reads an ordinary QR code on Mac. It also reads a sequence of QR codes created by our application "QR Send" for iOS. 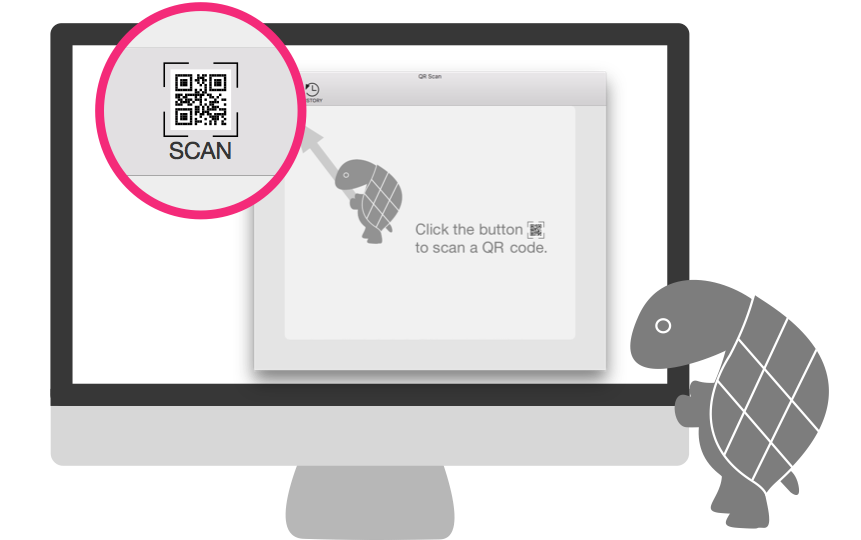 Click the "SCAN" button to scan a QR code. 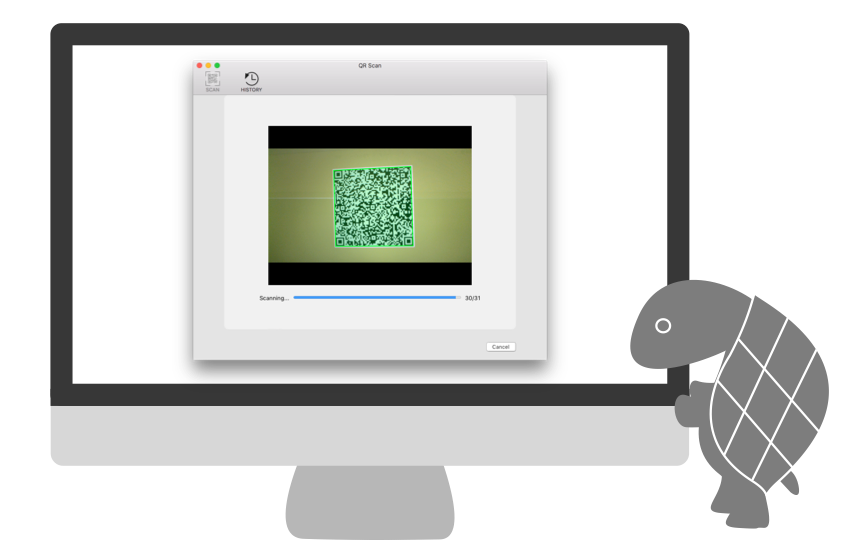 Hold a QR code up to the camera on your Mac. 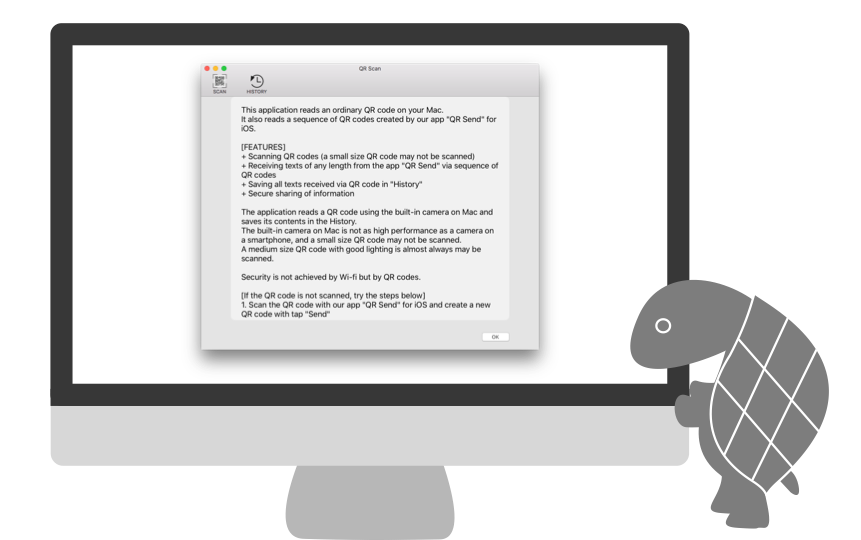 "QR Scan" shows what was contained in the QR code. 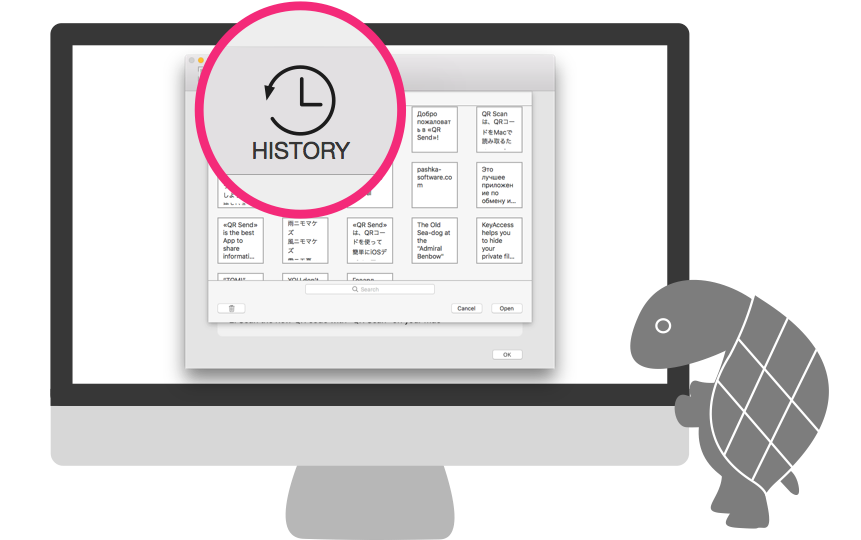 In "History" you can see all received texts via QR codes.

"QR Scan" reads a QR code using the built-in camera on Mac and saves its contents in "History".

The built-in camera on Mac is not as high performance as a camera on a smartphone, and a small size QR code may not be scanned.

A medium size QR code with good lighting is almost always may be scanned.

If a QR code is not scanned, try the steps below: